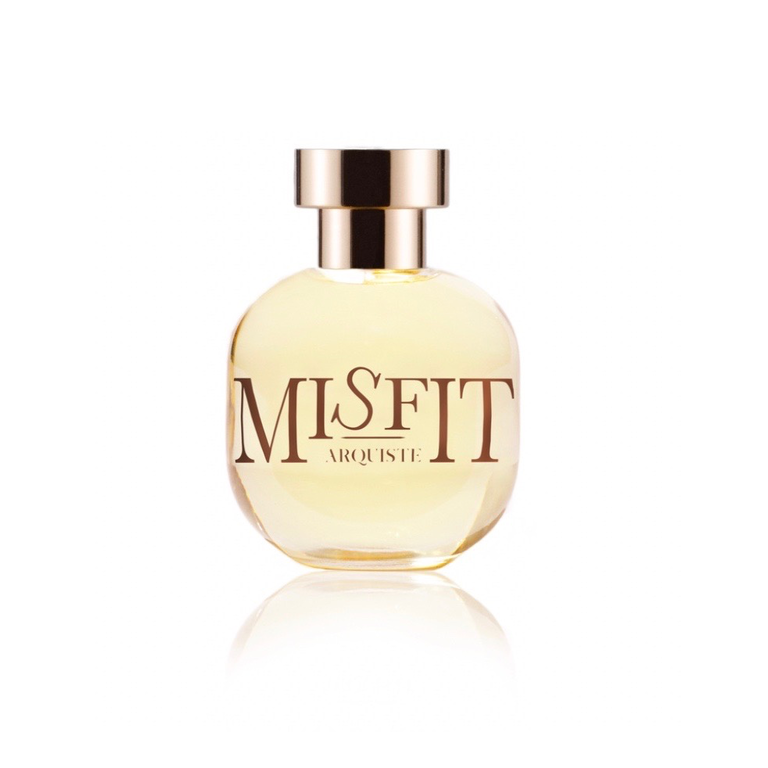 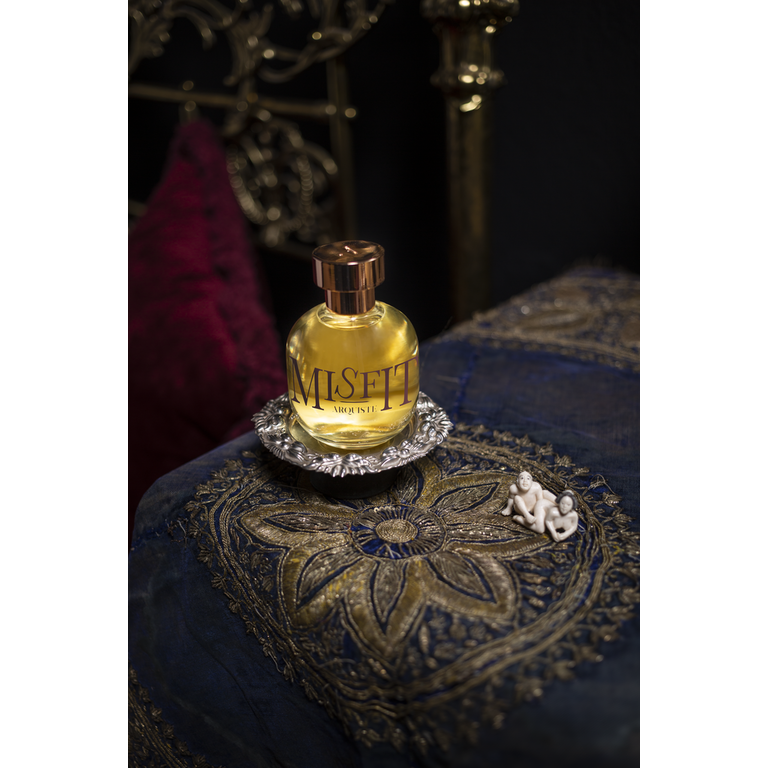 $275.00
In stock
Article code P-44788
What was once decadent made addictively desirable. Patchouli essences re-imagined from their 19th century elegance, and their association with counter-culture, to our reconstruction.
Share this product:

September 1877, Port of Marseille, France.
In a bedroom in the City of Flesh, a Kashmiri shawl drapes decadently over the bed. Once extremely coveted, the shawls are now out of fashion with the bourgeois, their distinctive patchouli scent a victim of their downfall. Adopted by bohemians and courtesans, the fragrance mixes with French lavender, musky ambers and exotic balsams. With a new edge, and in the hands of misfits with style, the ‘undesirable’ becomes desired again.

Misfit is centered on the idea of things to go in and out of fashion…of fads that go from the mainstream to the fringes of society, and from the outside back in. Of making the undesirable, desirable again. Instead of following a trend, being a misfit and reclaiming the elegance of patchouli in our own terms.

Eau de Parfum. Large 100 ml / 3.4 fl oz. bottle of the highest Italian quality with our signature ‘A’ engraved metal cap, as well as the newest technology for an invisible spray tube.

- The scent of patchouli first reached Western noses with the Kashmir-style shawls fashionable in the late 18th century and early 19th The fine wool shawls would have patchouli leaves in its folds to protect them from moths and insects during their journey from Asia into Europe. The distinctive scent became a mark of their artisanal quality and origin.

- Around 1808, the first shawls of this kind were being produced in Paisley, Scotland. Shawls were also produced in other Scottish cities and in France. French manufacturers then asked perfumers to create a scent that could be added to the shawls, to make them pass as authentic.

- The popularity of these shawls with the elites declined in the 1870s, due partly to a reduction in price and increase in availability, and also to a change in women's fashion: the addition of the bustle, meaning that a shawl would no longer drape in the same manner. The Franco-Prussian War (1870-1871) also prevented the export of shawls from Kashmir.

- The shawls then became fashionable amongst courtesans and prostitutes, who would wear them undressed or seductively draped over furniture. Becoming popular in fringe circles, the scent of patchouli, reminiscent of Orientalist fantasies of odalisques and evocative of earthy pleasures, became the scent of decadence, of ‘taste professionals’ of dubious reputation.

- Later on, in the 20th century, hippies would re-appropriate patchouli for its connection to India, its association with European misfits, and for a potency that would mask cannabis. It became the olfactive signature of counter-culture.