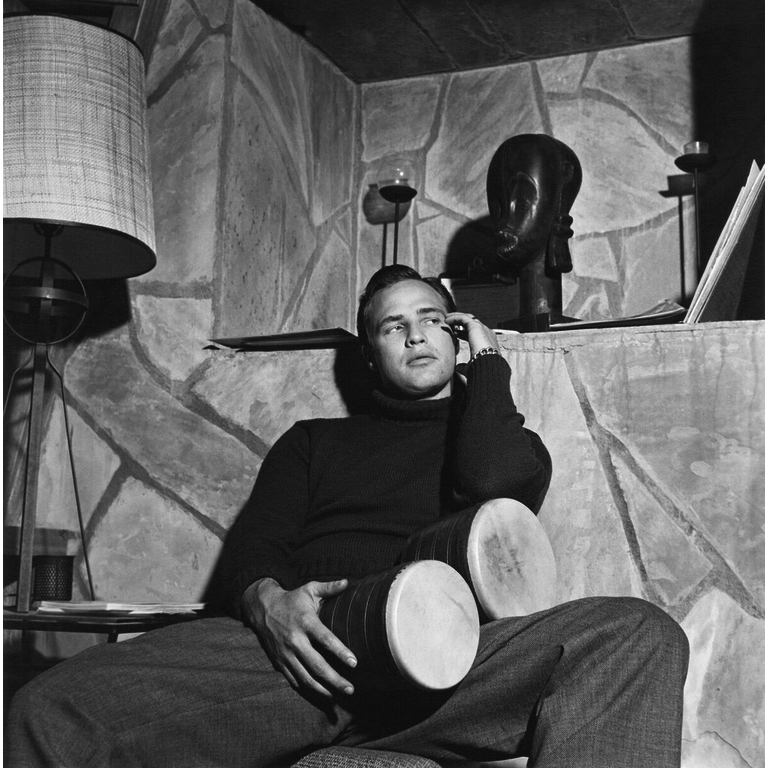 Sid Avery was a Hollywood photographer was known for capturing the private moments of stars like Elizabeth Taylor, Rock Hudson, James Dean and Audrey Hepburn. His work in the 1950's and 60's was a departure from the glamorized, soft-focus portraits of an earlier Hollywood era when images of the stars were tightly controlled by the major studios. He showed celebrities on the movie set between takes and away from the job, relaxing with the family or engaged in household chores. Among his candid photographs are ones of Marlon Brando taking out the garbage, Rock Hudson emerging from the shower to take a phone call and Audrey Hepburn riding her bike at Paramount Studios with a shaggy Yorkshire terrier in the basket.

Limited edition silver gelatin print. Available by order only. Please contact us on (02) 8356 9999 or email [email protected] for more information.