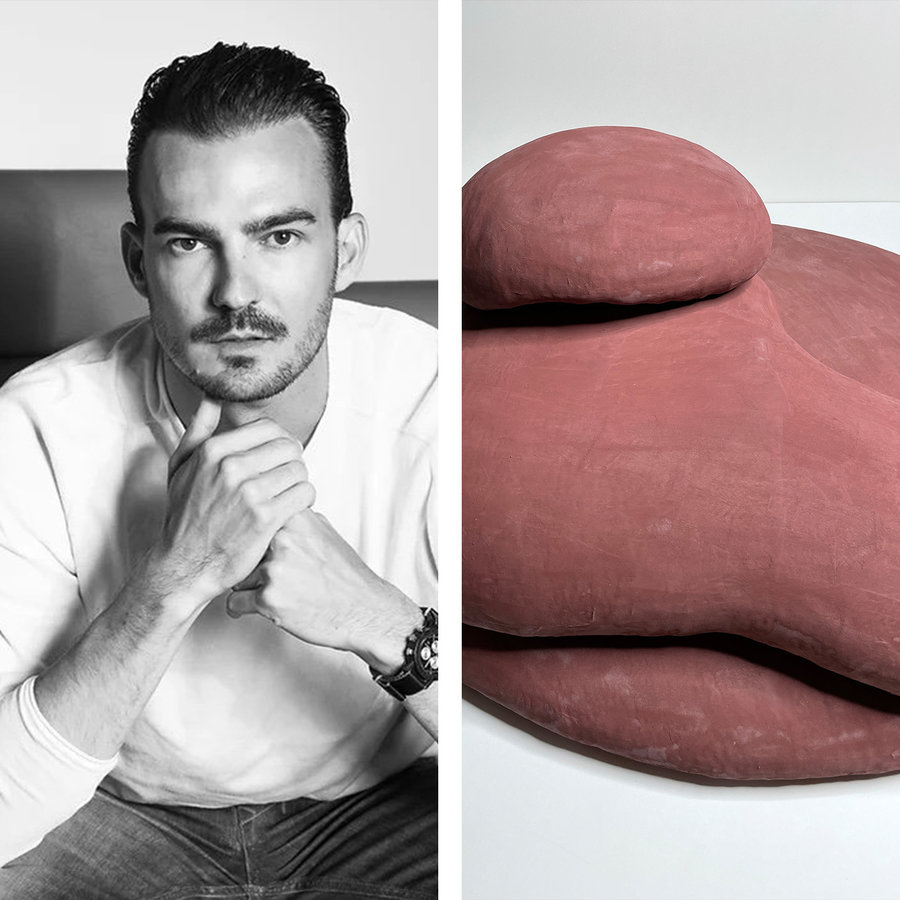 Valery Guo describes his style as “organic minimalism”. In his ongoing ‘Gwaii’ series, he utilises foam, concrete, resin and pigment to create colourful, bulbous sculptures. Oxygen and gravity are also vital elements in the art making process. Guo uses air to expand the raw materials as gravity pulls back. The resulting forms petrify within a few seconds and are then encased in a coloured concrete shell. These works are pure abstractions, exploring form, colour, surface, line and balance.
Guo identifies three distinct stages in his art making process which reflect the processes of birth, transformation and death. First, the works are born from a liquid matrix. Second, they expand and contract to inhabit a unique form which continues to transform during the making process. Just as the body accumulates experiences, wounds and scars, so too does the artwork develop it’s own skin, one which reveals the making process. And last, the work comes to maturity and is embalmed in layers of concrete. The making process ends and the work enters its eternal life out in the world.
Guo grew up in Paris, where he trained in fine arts before moving to China to pursue art, design and acting. He lived there for 15 years, returning to Paris in 2019 to further his art-making practice. He now exhibits his work all over the world, including in China, France, Greece, Canada and the United States. Becker Minty introduced his work to Australia in 2021.