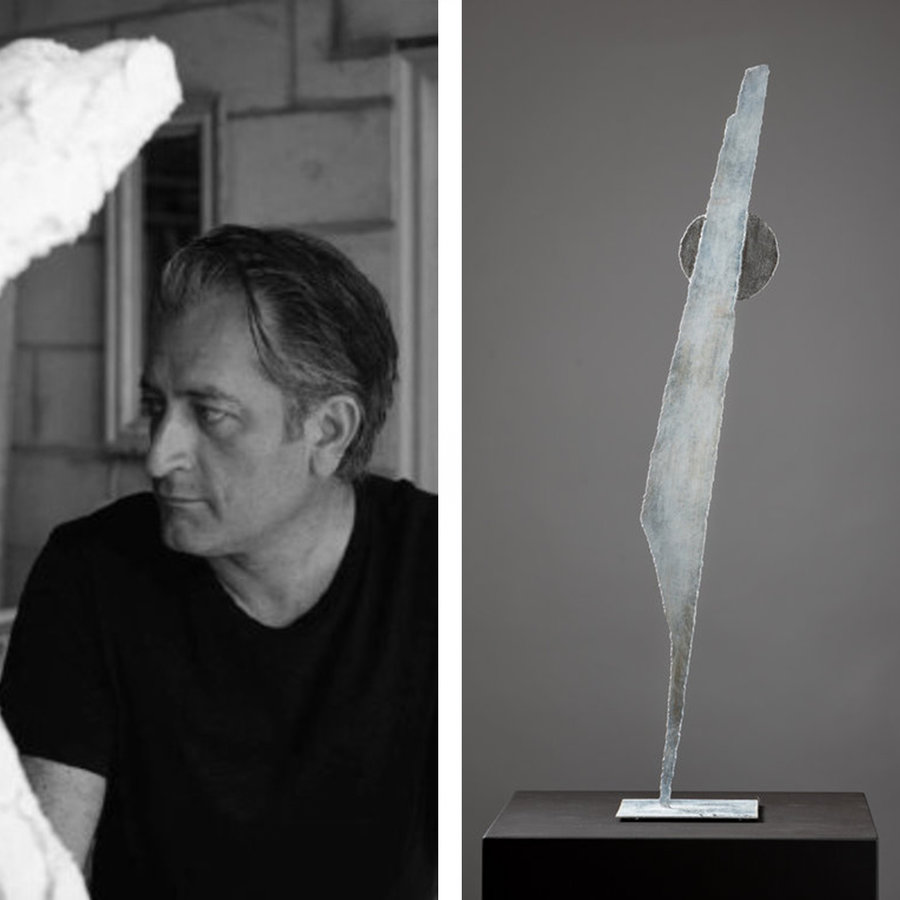 Thomas Bucich is a New York native now based in the Southern Highlands of New South Wales. With a career spanning thirty years, his multidisciplinary practice includes drawing, painting and sculpture. His materials include stone, bronze, wood, pigment, found objects, charcoal and paint. He describes how “the innate need to create drives the plasticity in my practice and allows me to roam between the disciplines in some sort of poetic collision.”

Bucich’s work is process-driven. He responds intuitively to the materials at hand, experimenting with the unexpected and accepting chance reactions. For him, the modification and manipulation of materials and objects amplifies their spiritual essence. He seeks to draw links between the beauty and chaos of nature and the human spirit, reflecting on his connections with culture, self, society and the environment.

Bucich completed training in Classical Fine Arts at the Arts Students League and a Bachelor of Fine Arts in Architectural Design from Parsons School of Design in New York City. He has since gone on to win the Thredbo Sculpture Prize (2006) and the Moss Vale Veterans War Memorial Sculpture Prize (2015). He has exhibited across Australia and his works are held in private collections in Australia, Japan, Germany and the United States. He began his association with Becker Minty in 2014.