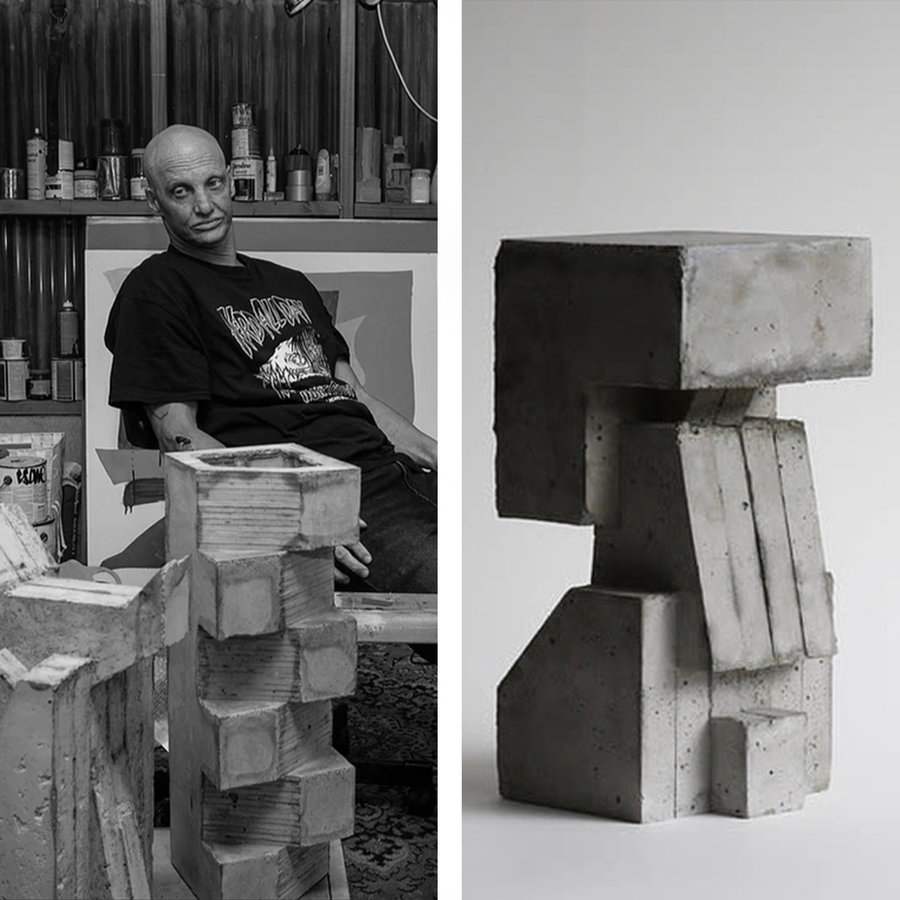 Levi Hawken began his artistic career as a graffiti artist in Auckland during the mid 90s. As is the nature of street art, much of his graffiti work is no longer visible, however the influences in his paintings remain. In the past eight years his work has taken a turn, from the public forum of the walls and spaces in our cities, to a more private and formal review of his own style. Hawken’s new work allows the artist to tackle both his own artistic demons and the backlash against issues encased within the graffiti movement through painting, drawing and sculpture.

Conflicted with the nature of street art, the constant personal and public battle of seeing one's art removed, vandalised and challenged - both within the graffiti community and the public as a whole – Hawken made the decision to take back ownership of his work by composing on canvas and away from the public domain. This shift made a marked influence in the way the artist handles his medium and subject matter.

The influence of Brutalism is clearly evident in Hawken's sculptural forms, which resemble architectural collages- their strong, geometric shapes interlocking and protruding from one another. This influence is also evident in his chosen materials of concrete, glass and bronze. His works have a weighty presence, a solidity that recalls the built environment they reference.