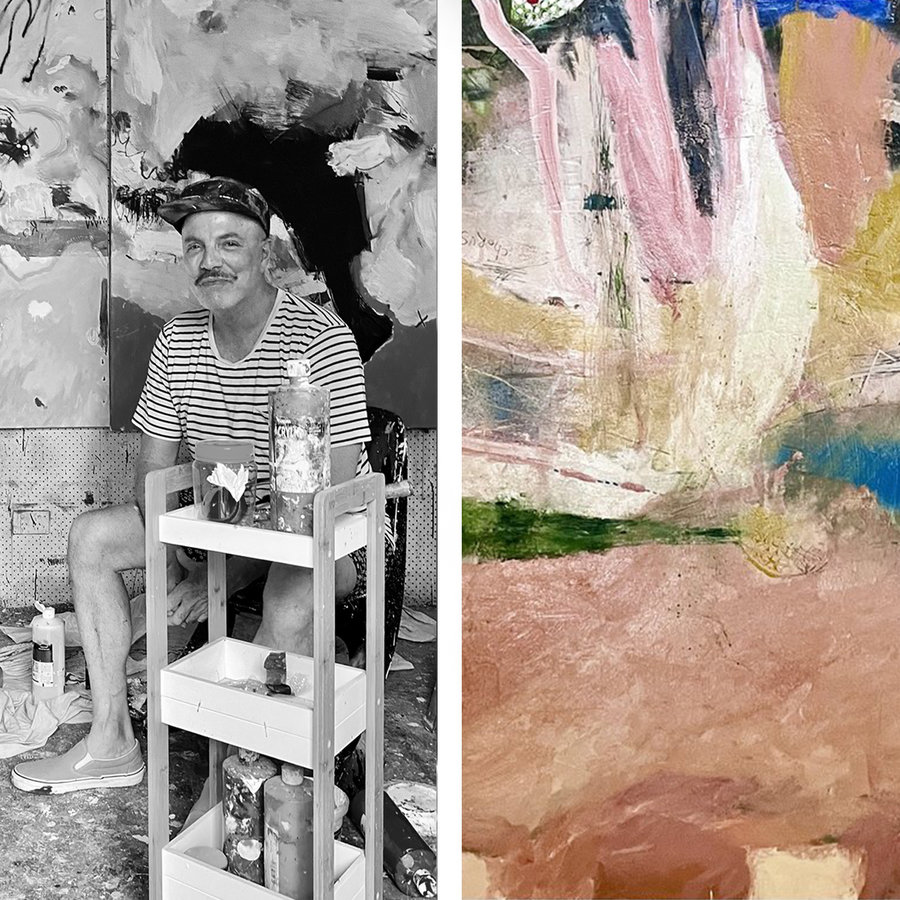 Harold David is a multidisciplinary artist based in the Blue Mountains. After establishing himself as one of Australia’s premier portrait photographers, Harold turned his focus to painting, a passion he first discovered as a young boy growing up in the United States. He draws inspiration from life, emotions, music, the landscape and the universal field. His works are characterised by a rhythmic layering, with colours and shapes dancing across the canvas, utilising an extensive lexicon of marks to create both harmony and dissonance.

Describing his process, Harold says, “I put paint on the brush and I have faith and do it.” He applies pure automatism, allowing the work to develop intuitively. He describes himself as an abstract surrealist, working in a spontaneous and fluid way and disregarding the need to make sense of what comes out on the canvas. There is a sense of pure freedom in his work.

Harold’s first solo painting exhibition in 2019 was a sell-out. His popularity has only grown since then, beginning his association with Becker Minty in 2020. His photographic work has been exhibited at the Art Gallery of New South Wales, the Australian Centre for Photography, Penrith Regional Gallery, Blacktown Arts Centre and Fujieda City Museum, Japan. His portrait of Bob Hawke drinking a milkshake won the People’s Choice Award at the prestigious 2018 National Photographic Portrait Prize. Most recently, his painting “From Your Own Roof” was a finalist in the 2021 Fisher’s Ghost Art Award.

Below is a short film of Harold's most recent solo exhibition at Mr Minty's titled 'Subterrane'.