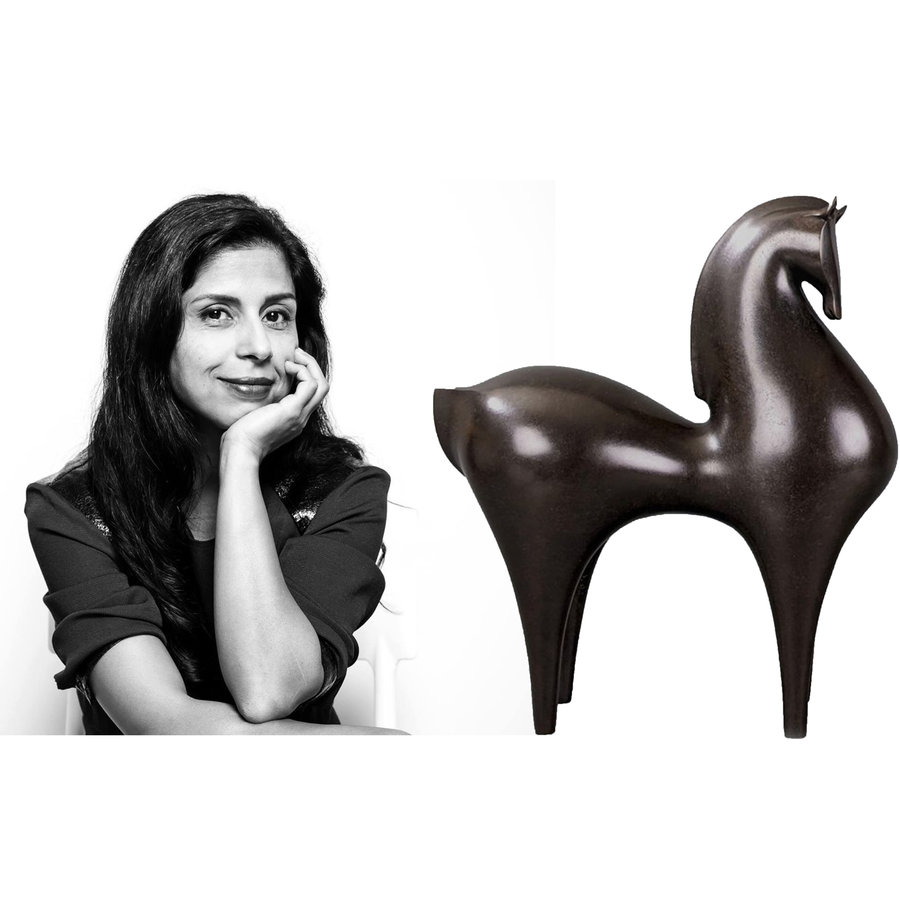 Athena Jahantigh is an Iranian-born artist who has lived and worked in France since 2003. Her animal sculptures, fashioned in bronze and clay, are austere in finish but complex in their ideation. Whilst distinctly contemporary, Jahantigh’s sculptures traverse history, drawing inspiration from ancient rock paintings, the iconography of her native Iran, and the reduced forms of Modernists like Brancusi. They are imbued with nostalgia and reverence for her home country and its history.

Jahantigh’s menagerie of characters have a stately presence, a sense of self-assuredness and pride in their roots. Their exaggerated proportions afford them a sensual curvaceousness and an elegant allure. Will some stand in a meditative stillness, others are caught in motion, frozen in mid-leap or at the moment of take-off.

Jahantigh completed a Masters of Applied Arts in Iran before arriving in Paris to continue her studies at the Pantheon-Sorbonne University, earning a Doctorate in Plastic Arts. She now works from her studio in the South of France and exhibits her work around the world, including in France, Iran, Japan and Australia.