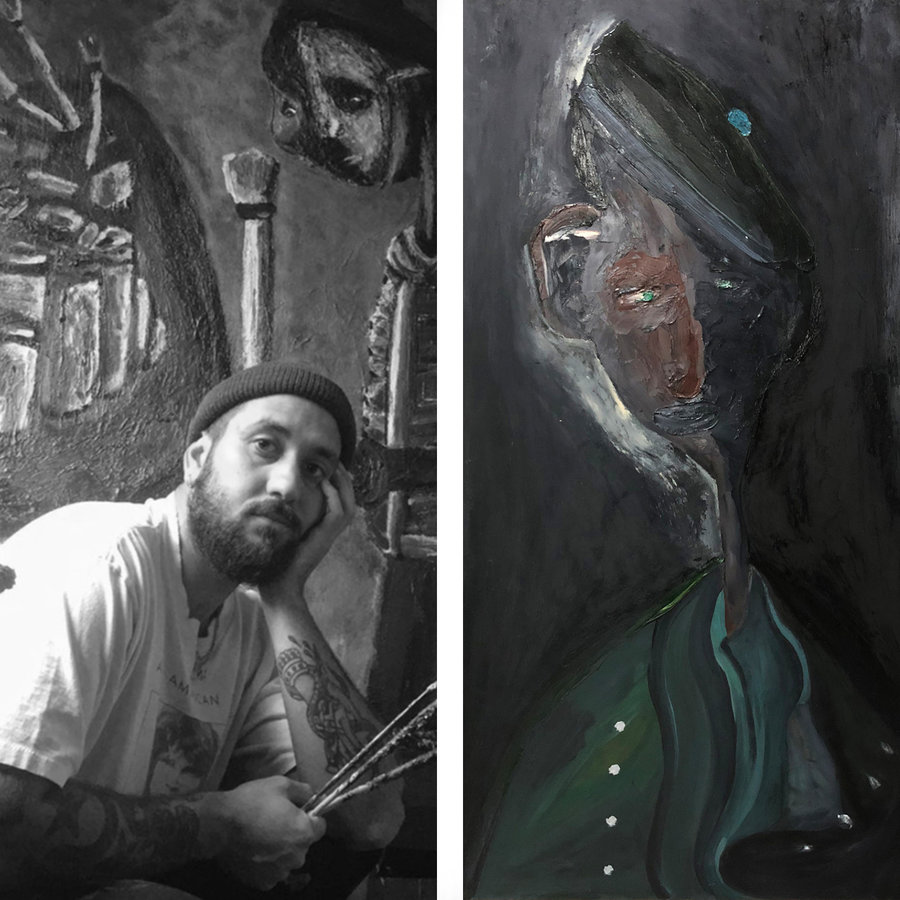 Alberto Ferretti invents stories and characters inspired by his personal experiences, reflecting on his perceptions of emotion, movement and space. He is driven by the desire to connect with the people around him and explore the depths of human psychology. He paints what is left once a person, landscape, animal or spirit has passed us by, aiming to represent the essential essence of that character or scene.

Ferretti’s style is characterised by a thick impasto. This textural application of paint reveals his sculptural sensibilities, as does his simplified but bold approach to form. He utilises a subtlety of tone and colour to represent life as simply as possible. His distinctive elongated figures lack identifying features, and appear as anonymous, ghostly presences. Ferretti embraces this ambiguity, allowing us to project our own memories, emotions and encounters on the work.

Ferretti was born and raised in Italy. Throughout his childhood he was fascinated by all forms of art, which led him to study sculpting, before moving to Sydney in 2014. Since living in Australia his practice has been largely focused on painting, which offers him the broadest scope for creative expression. This expression has also extended to music, photography, fashion and martial arts. Ultimately, he creates because he has to.

Below is a short film of Ferretti's most recent solo exhibition at Mr Minty's titled 'Tempo'.