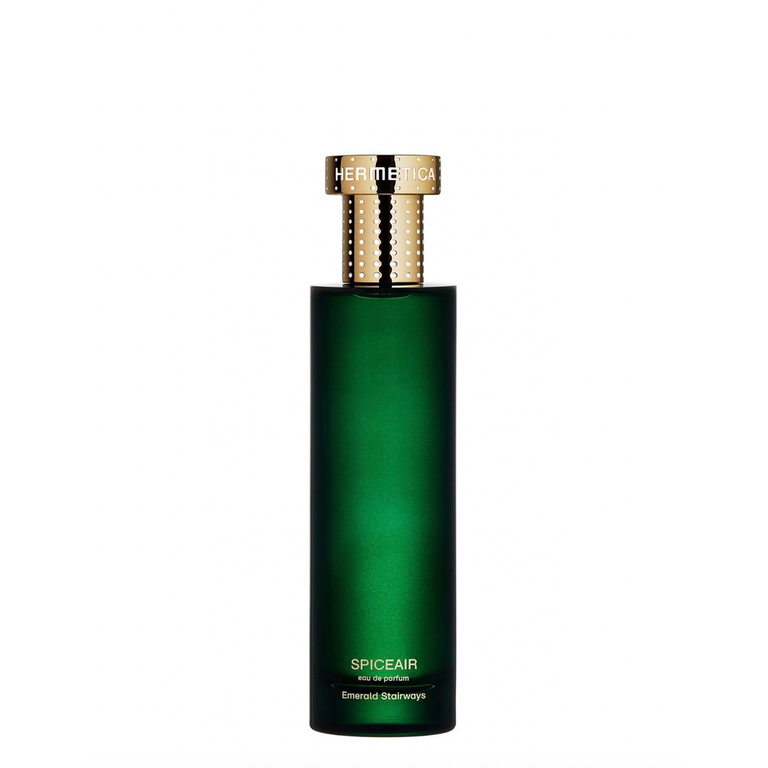 Spiceair Eau de Parfum is inspired by the charm of rainy London – a contrast between the lightness of clouds and the effervescence of the city. FRESH and GREEN MOSS MOLECULES recreate the mist that rises up from the city’s slick wet pavements. Spiceair is combined with CINNAMON ESSENCE to capture the sophistication and mystery of London, resulting in a SPICY and GREEN fragrance.

Hermetica is a collection of molecular fragrances inspired by the ancient practice of alchemy, which sought to transform basic metals into precious materials and to find the ultimate elixir of life.

Applying these practices to modern day perfume-making, Hermetica is based on the belief that finding the perfect perfume relies on the chemical connection between the molecules within a fragrance and one’s skin.

In their quest for the ultimate perfume elixir, Hermetica founders John and Clara Molloy decided to create a revolutionary collection by not choosing between natural ingredients or synthetic molecules but using a combination of the two.

This hybrid formula, using unique patented technology, is a first-ever in the fragrance industry. The alcohol-free formula reveals immediately the heart of the fragrance.

The result of this modern-day alchemy is four collections of long-lasting and powerful perfumes plus, Source1 – a unique scent that can be found in all of the fragrances.

Each Hermetica scent is presented in an emerald green lacquered bottle with a golden metallic cap debossed with the Hermetica logo. The bottle is housed inside a golden perforated cylinder reminiscent of the molecule that carries the perfume to your nose.