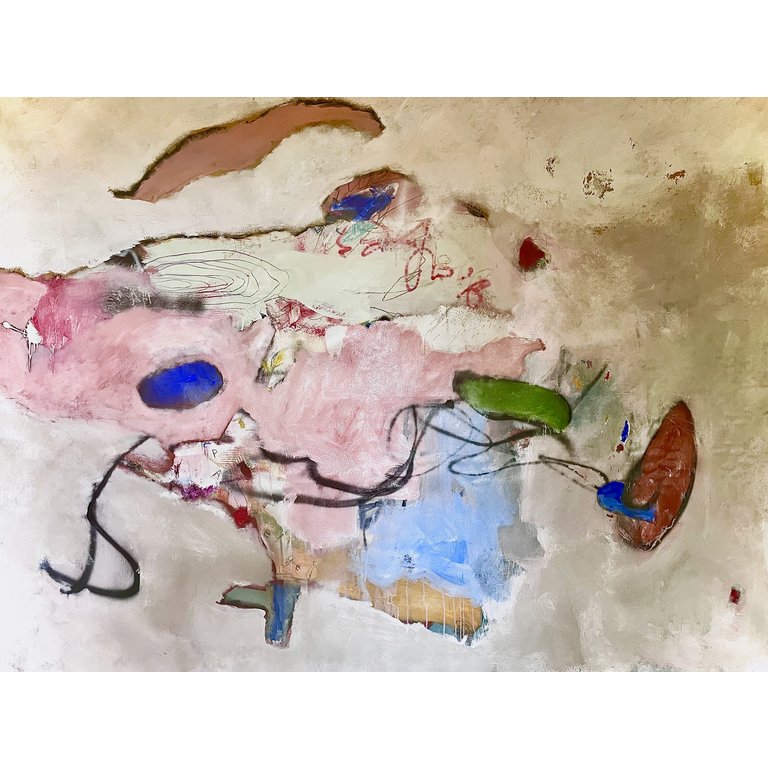 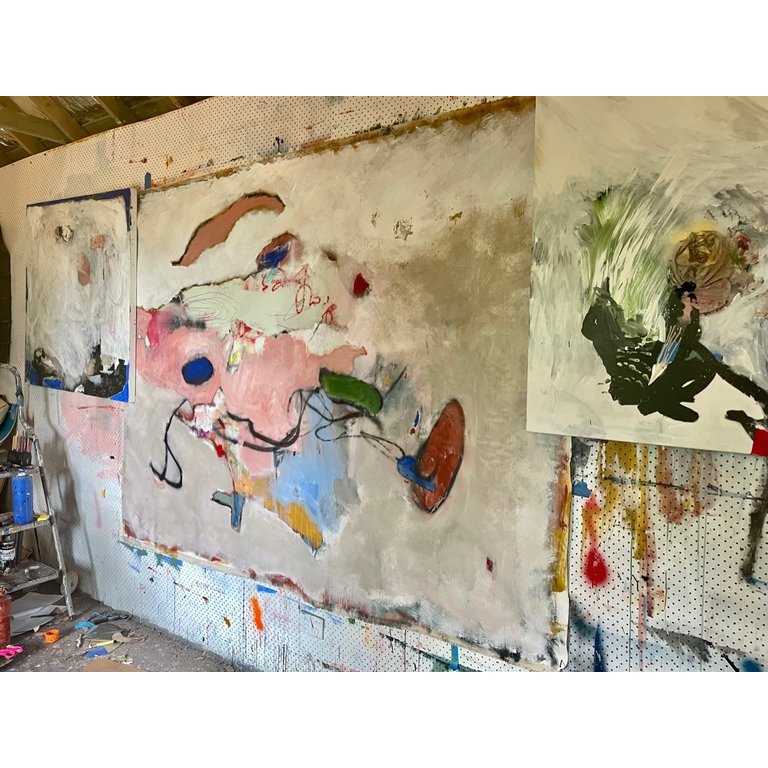 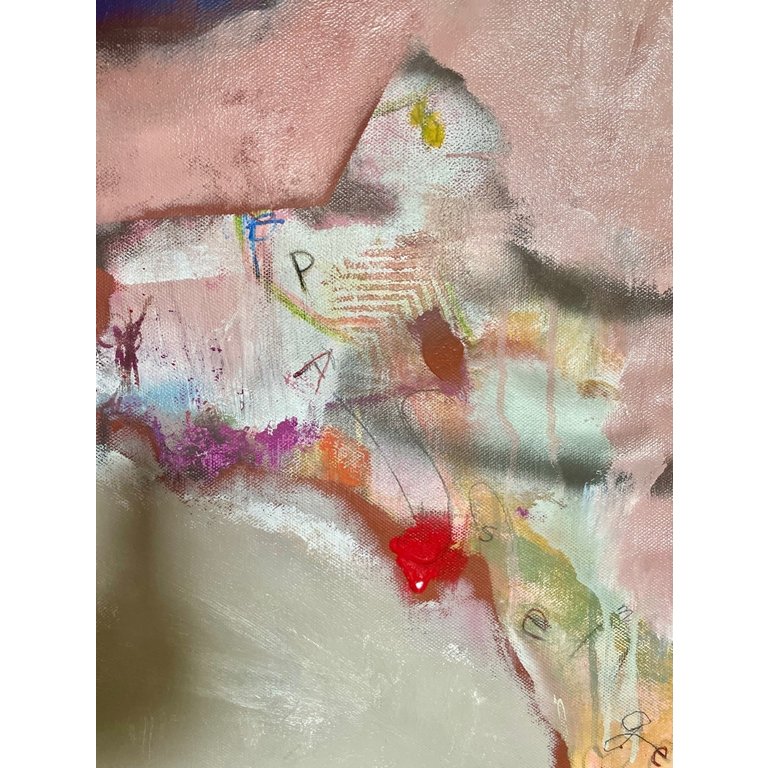 This artwork is from Harold David's solo exhibition 'Subterrane', which opened at Mr Minty's in April 2022. Below is the text from the exhibition catalogue.

Harold David’s paintings materialise from deep in his subconscious. As though exploring a system of caves, David delves into the depths of memory and emotion to create dynamic, layered paintings. As he travels deeper, more is revealed on the canvas. Titled 'Subterrane', this body of work explores the notion of the cave.

David is intrigued by our relationship to ancient cave markings, exploring how we interpret these remnants of past civilisations today. Acknowledging his place in the lineage of both art and humanity, he poses this question of his own work: if a viewer came across these paintings in 2000 years, what would they think the world was like now; physically, psychologically and emotionally?

David sees his paintings as cave-dwellers. Made in the secluded sanctuary of his studio, these works then go on to populate the gallery before finding their homes in our personal dwellings- our modern caves. David's vision is temporal, producing his paintings with an awareness of their life beyond the studio and beyond his creative control. Like ancient cave markings, his works are open-ended, leaving room for re-interpretation and re-imagining, both today and for genera/ons to come.