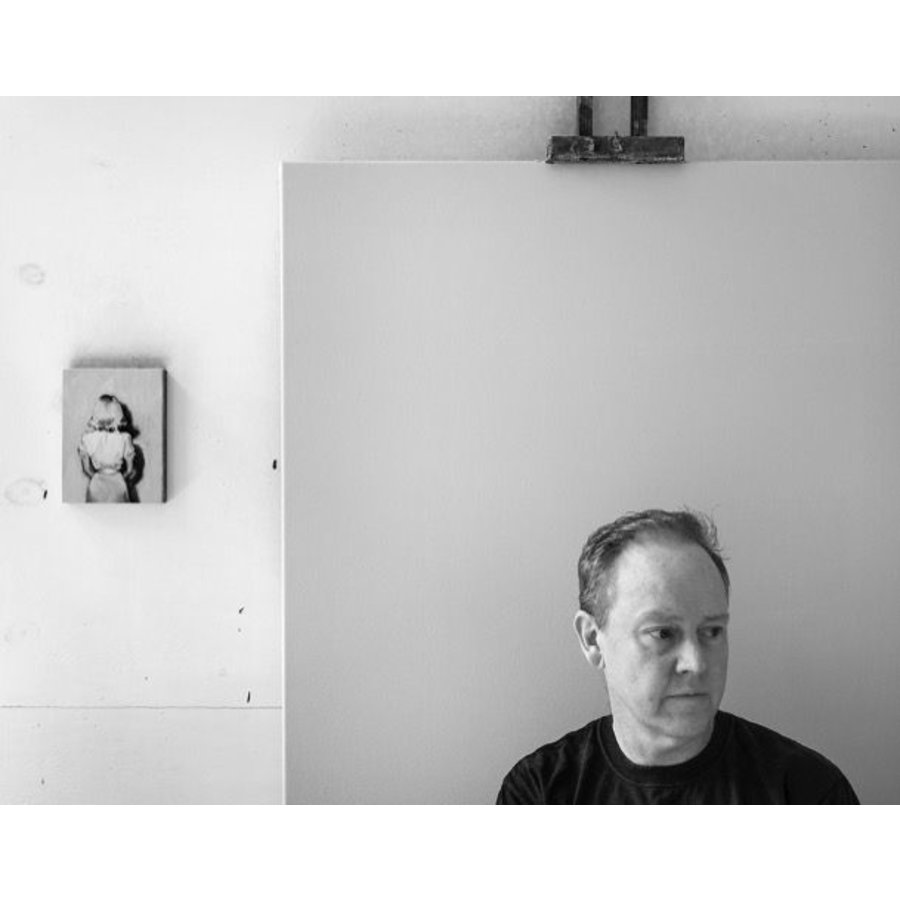 James King was born in Sydney and now lives in Mittagong, NSW. He studied a Bachelor of Arts in fine arts and archaeology at the University of Sydney and more recently completed a Master of Creative Arts at Wollongong University. It was in 2003, that James King realised art was his true calling when he won the Waterhouse Natural History Art Prize. He has since gone on to win the Goulburn Regional Art Prize (2011). He was a finalist in the Premier's Plein Air Prize (2011), John Copes Portrait Prize BDAS People's Choice award (2012) and John Copes Portrait Prize BDAS (2014). He began his association with Becker Minty in 2007.

There is no limit to James King’s breadth of work. His work ranges from landscapes to portraiture. Working predominantly with oil he paints canvas, paper and often old books to tell his stories. In 2016 he exhibited “99 miles from LA” a series that included photography from the USA. His art is described as quirky, sometimes dark and often humorous. He speaks of the undercurrent of unease that unites his work. Much of his subject matter comes in the form of lost or discarded photographs from the mid twentieth century that have a truthfulness hard to find in today’s media. James seeks gives this forgotten life a story.

Into the Light - James King - Watercolour and Gouache on Paper - 21x15cm