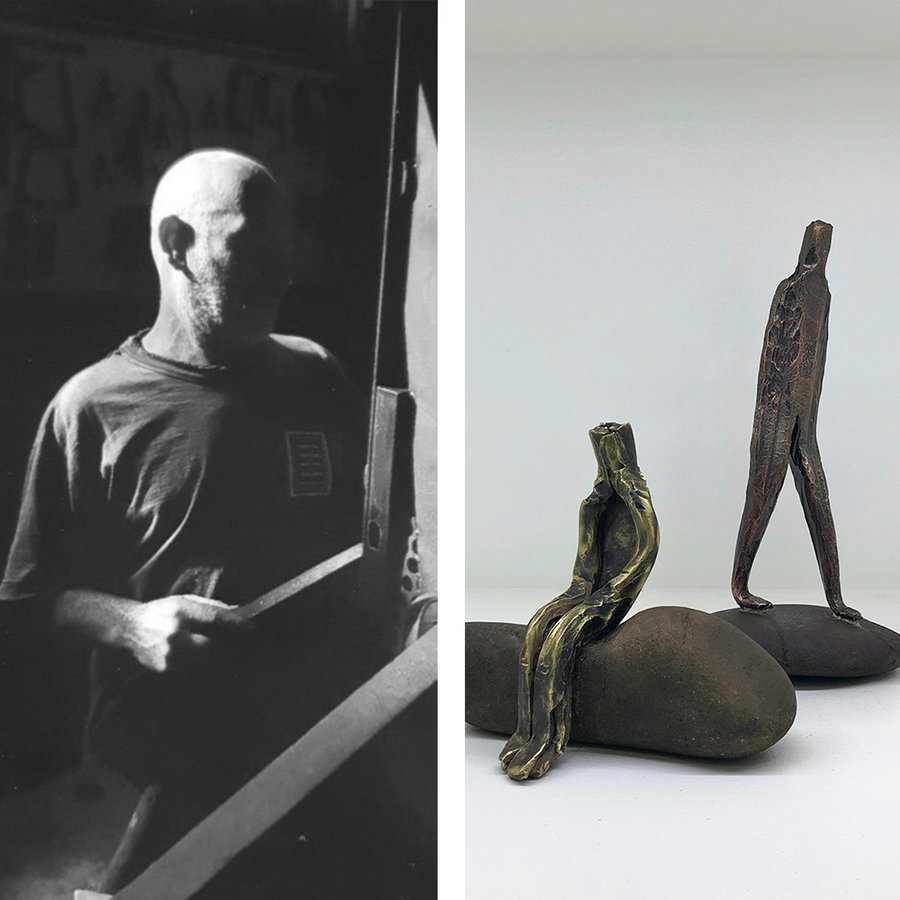 Francesco Petrolo grew up in the south of Italy. Becoming a blacksmith at the age of 13, he was taught the ancient trade by a master blacksmith in a forbidden neighbouring village. He worked throughout Italy and Europe for several years, honing his skills, before arriving in Australia in the early 80’s. He established his own workshop, ‘Francesco’s Forge’, and continued to develop his unique style. His work includes fine art sculpture, installations and furniture, as well as elaborate designs for gardens and interiors.

Petrolo uses steel and bronze as if they have the softness of clay. He bends and joins the material into lyrical, fluid forms that dance into space. His objects have a sense of immediacy, with evidence of the artist’s hand apparent throughout. These serve as reminders of the immense forces used in their making, and impart on the works a sense of physical strength and nobility. This is further enhanced by their earthy, raw patina.