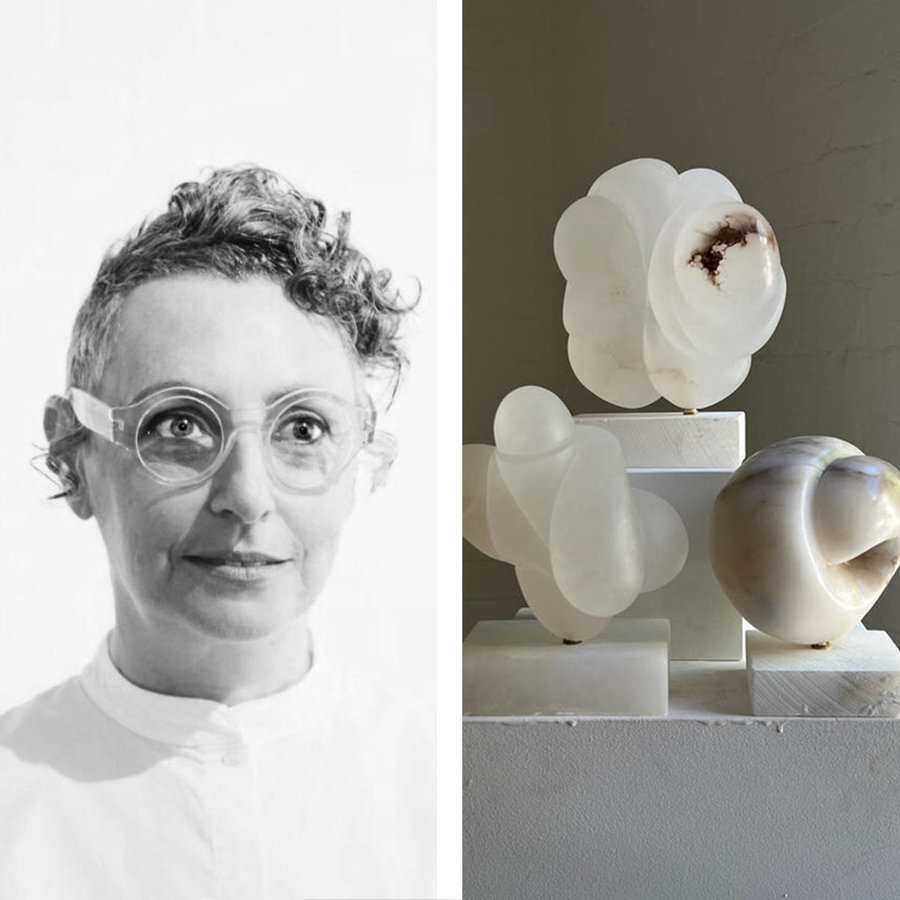 Crawford is a Sydney-based artist. She began her work as a sculptor in the early 2000s under the guidance of renowned Australian sculptor Tom Bass. She holds a Bachelor of Arts from the University of New South Wales and has also studied Fine Arts (Theory) at the University of Sydney. Working with materials like bronze, alabaster and plaster, she is recognised for her interlocking forms and knot structures, conveying the importance of protection, stability and nurturing.

Crawford works predominantly with her hands, using mostly hand files. Her work with stone is slow and meditative, an approach that lets the stone reveal itself, telling her where to go next. She gives her sculptures names, imparting on them a sense of individual identity and acknowledging their unique personality, revealed to her in the making process.

Crawford has completed several public commissions and her work is included in various corporate and private collections in Australia, Germany, New Zealand and Denmark. She began her association with Becker Minty in 2018.